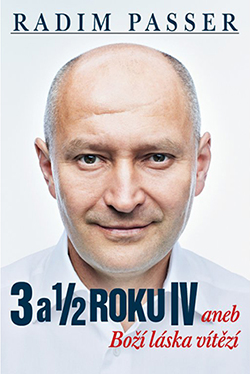 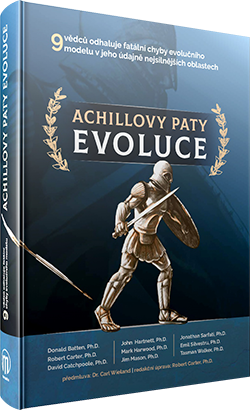 At the end of June 2005, a prestigious Czech weekly published a list of the 100 wealthiest Czechs. Closing out the top third of that list was Radim Passer, next to whose name the author of the article noted that this was not only the most prominent Czech real estate developer but also a practicing Christian.

By sheer coincidence, a few days later Radim Passer (42) had completed the manuscript of the autobiographical book that you are currently holding in your hands. He had worked on it intensively for several months in order to provide an accurate representation not only of his business career and personal life but also of his journey from a non-believer to a devout follower of Jesus Christ.

Those of you expecting a novel replete with branching dialogues and detailed depictions of dozens of characters analyzing the times in which we live will be disappointed. Those who are able to appreciate the sincerity with which Passer acknowledges the events in his life, however, will be delighted. In an almost diary-like manner he recounts what the initial stages and subsequent development of his career in business were like, what mistakes he made, and the kind of deceptions and obstacles he had to surmount. As a man who had made his fortune not through restitution or the privatization process but, rather, through traditional entrepreneurship, he had to face the dishonest practices of certain individuals.

The goal of these individuals was clear-to rob him of his evergrowing business assets. Paradoxically, the perpetrators of this scam were Passer's closest colleagues, to whom he was paying well-aboveaverage salaries at the time for working in his company.

At the same time, this book explores Passer's private life-his great love for his wife and, yet, his continued marital infidelity, the birth of his son and the pain at losing him only a few weeks later. This loss was the turning point in Passer's life, when he realized that success in business, money, a succession of beautiful women, luxury automobiles and all the other trappings of wealth could provide a feeling of contentment but not true happiness. The latter comes only when we find our path to God and understand His love for us.

Passer's sincere and completely frank confession will, without a doubt, appeal to all types of readers-those who are interested in the world of business; those who desire an "up-close and personal" look into the lives of well-known individuals; those who find themselves, just like Radim Passer did up until recently, searching for the one true path in their life....